Derrick Rose will never give up. The DRose6 was set to debut in his return to the game after his second torn ACL. Something many basketball players never recover from once, let alone twice in their career. We wanted to go right at the haters who wanted nothing more to than to see him stay down after getting hit with so many injuries. With Derrick though, there’s always more. No matter how much you try to tear away he’ll keep coming back. He’ll Never Stop.
We took the comments from his critics and put them on full display as part of the campaign. The gritty wheatpaste aesthetic was inspired by the rips and tears he’d suffered over the years.
I was involved with the entire campaign creation from initial briefings through final asset delivery. My role as a designer on the project was to help craft the overall look, feel and tone of the campaign with direction from my Senior Designer and Design Director. I was directly involved in the following aspects of the project:
• Curating initial moodboards
• Assembling creative direction sell-in presentations
• Finalizing athlete images and retouching
• Creating wheat pasted graphic murals
• Guiding and building final deliverable toolkit and guidelines
• Final asset prep and delivery 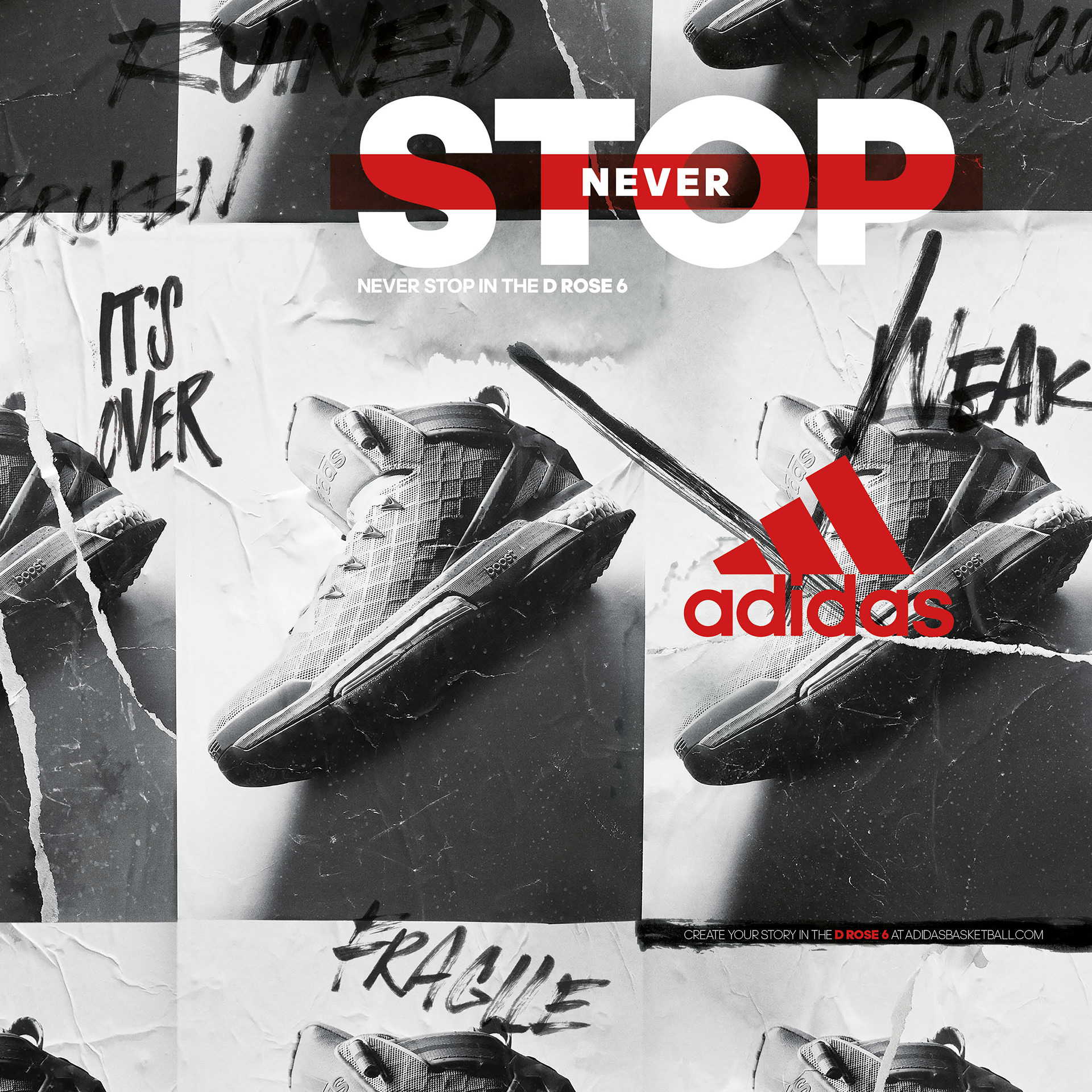