As a Portland native, this campaign meant a lot to me. Damian Lillard was an underrated player from a small school when Portland drafted him unusually high. What came next was a couple breakout seasons from the rising star and a fast track to his first signature shoe, the D Lillard 1. ‘Lillard Time’ was a saying that was just beginning to get traction at home games as Dame started his trademark move of pointing to his wrist after hitting big shots in the fourth quarter. We thought that ‘Dame Time’ had a better ring to it and that’s where his now trademark slogan originated. We used a simple and bold look for the campaign which at the time was something fresh and new for adidas hoops. The storytelling element of his lyrics printed on the insoles were brought into the footwear creative and have been a staple of his campaigns ever since.
I was involved with the entire campaign creation from initial briefings through final asset delivery. My role as a designer on the project was to help craft the overall look, feel and tone of the campaign with direction from my Senior Designer and Design Director. I was directly involved in the following aspects of the project:
• Curating initial moodboards
• Assembling creative direction sell-in presentations
• Finalizing athlete images and retouching
• Guiding and building final deliverable toolkit and guidelines
• Final asset prep and delivery
• Design and construction of footwear seeding box for influencers 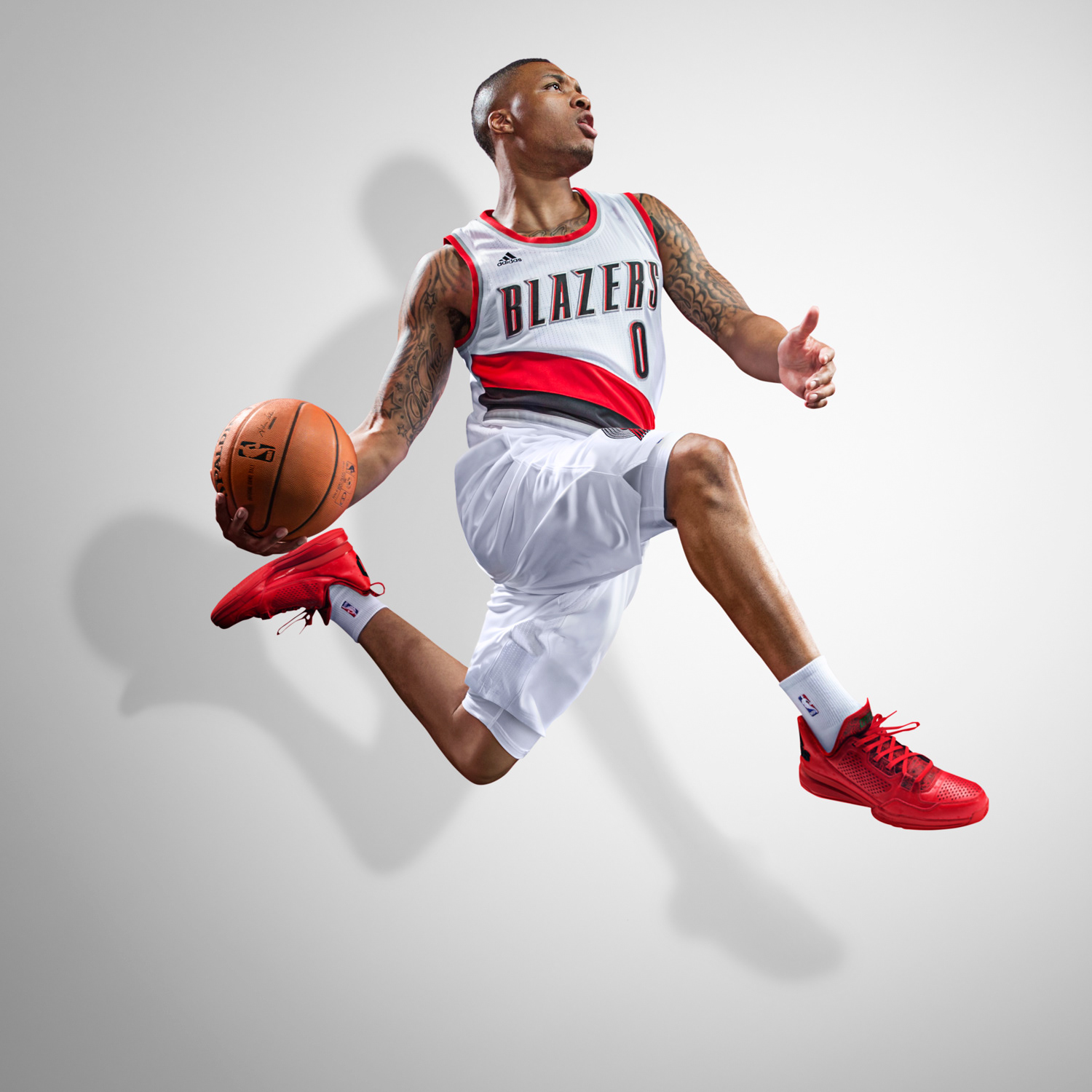 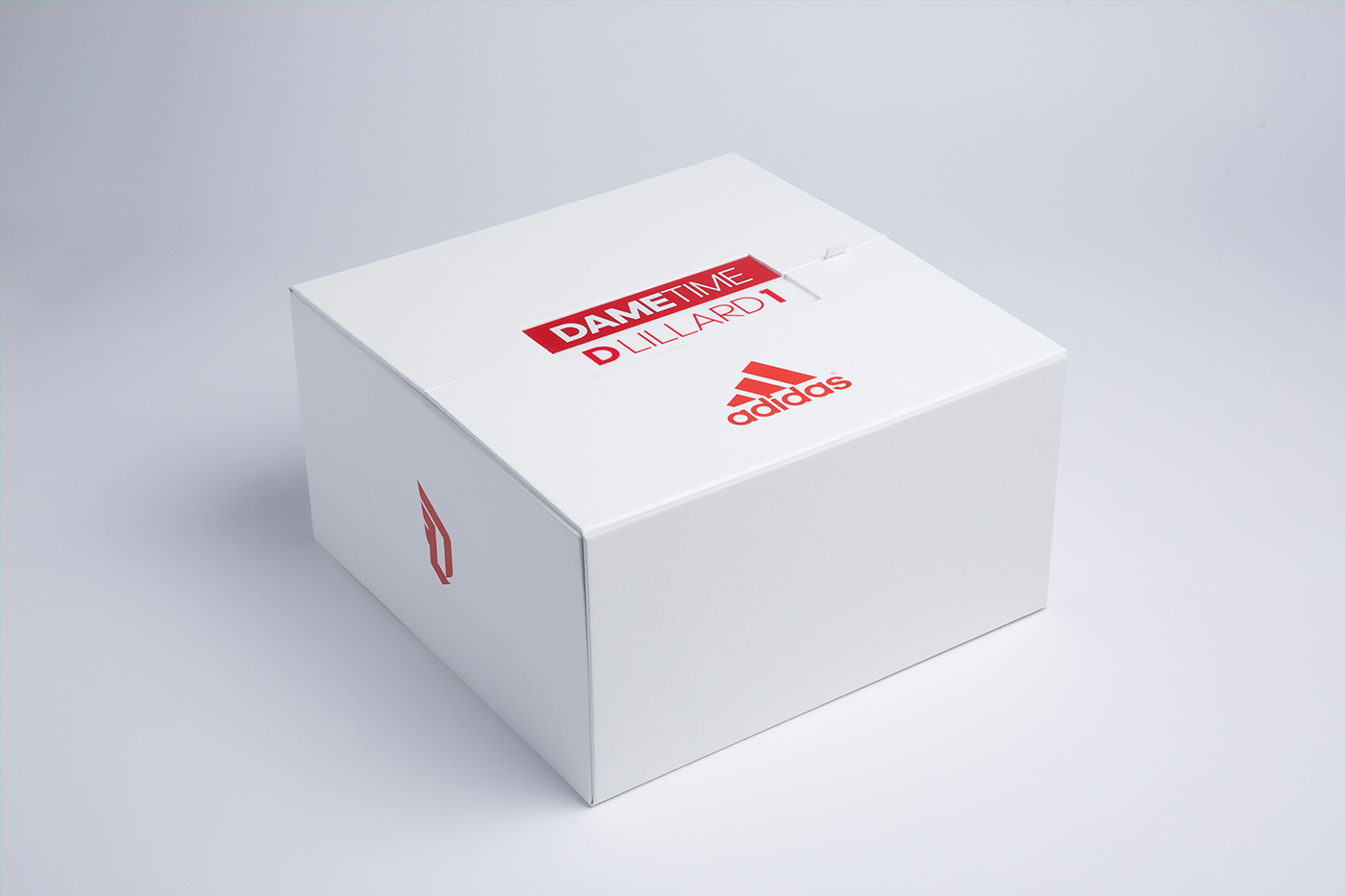 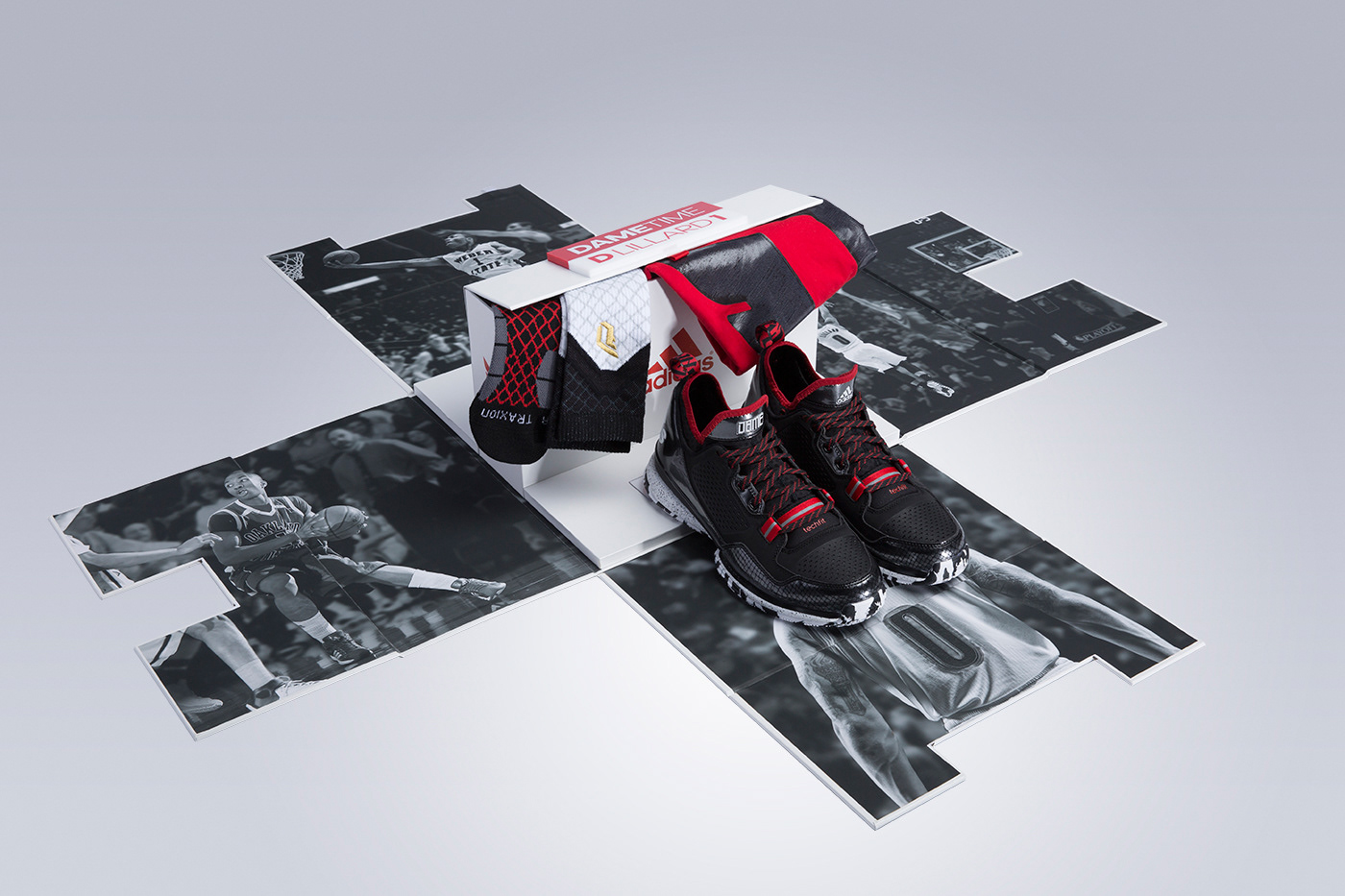 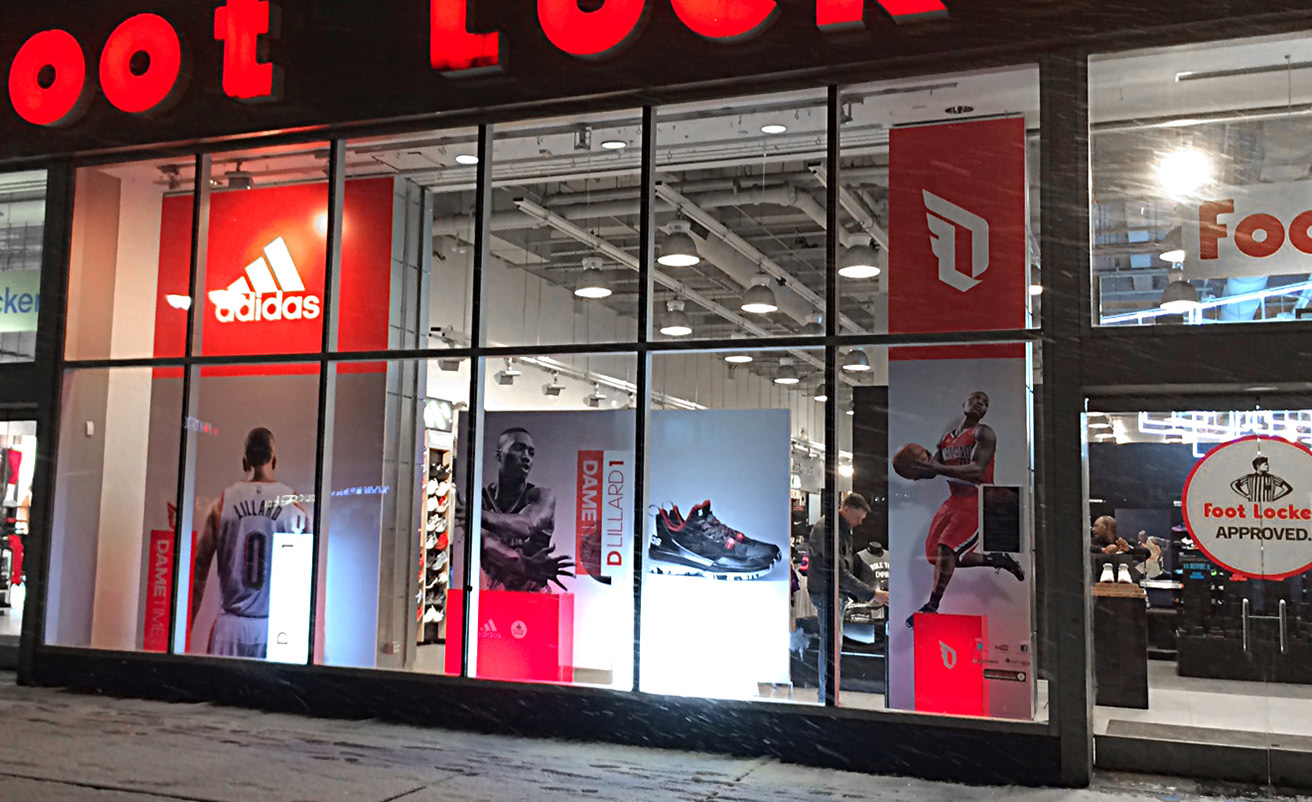 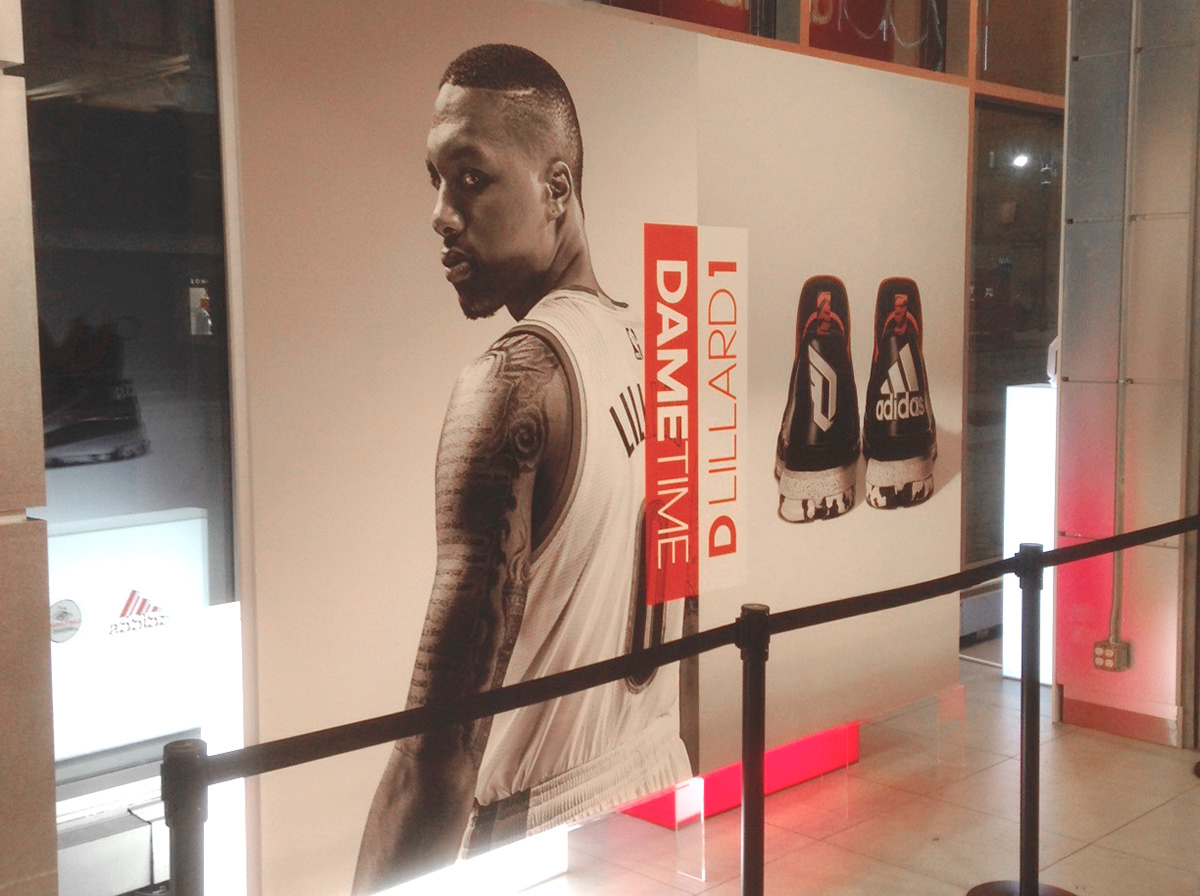